Zhang Yuesheng grew up in Inner Mongolia, surrounded by grassland, horses and coal. His hometown of Ulanqab sits on the edge of the Mongolian steppes. And it was on horses that Genghis Khan swept off those grasslands with the world’s first truly mobile army and carved out an empire that stretched from Korea in the east to Poland in the west.

Horses have long been a part of everyday life in Ulanqab and Zhang Yueshen’s family, like most, used them both as working animals on their small farm and as a form of transport for humans and goods alike.

Coal was a part of life too. In a 1980s China that was keen to encourage private trade it became this farming family’s sideline. Zhang’s Dad would travel 125 kilometers south to Datong in Shanxi province, a dusty, gray coal-mining center where it could be bought cheaply and carted back to Inner Mongolia and sold for a profit.

When Yuesheng was old enough he went with his Dad on these opportunistic trade trips. He must have learnt quickly – and not just about coal – because today Zhang, 47, is the head of the Shanxi Yulong Investment Group, a conglomerate with a registered worth of US$250 million. Yulong started with coal and now runs 14 subsidiaries in different sectors, most notably renewable energy, property and petrochemicals. And horses. Lots and lots of horses.

In January, Shanxi Yulong Investment Group flew 76 thoroughbred racehorses from Ireland to China aboard a specially converted Boeing 747. It was the largest ever single export of Irish racing bloodstock to China and the horses, plus their transportation, cost Zhang more than US$3 million.

A few weeks earlier, in November 2016, Zhang had travelled to the Irish county of Kildare to attend the famous Goffs bloodstock auction so he could personally pick his purchases. He had been to another Goffs sale in October. The most expensive purchase on that visit was of colt from champion Irish thoroughbred Galileo. He paid US$215,000.

Zhang has also become a head-turning presence at Australian race horse sales. At the May 2015 Australian Broodmare Sale he splurged more than US$800,000 to claim the two highest priced horses, and last year he bought three adjoining horse farms outside Melbourne. He has since engaged a top-tier Australian equestrian team that is turning the properties into one integrated state-of-the art racing complex.

Zhang has also been busy in Shanxi, where he’s built his own racetrack, complete with adjoining stable complex. The venue hosted the 1 million yuan (about US$150,000) China-Australia Cup in September, an event that is now known as the “richest race in China.”

Mick Donohoe, an agent with the Irish Bloodstock Agency who has advised Zhang on his Irish purchases, has said Zhang clearly knows what he is doing. “He’s a very clever guy, a good judge of horses and he follows racing all over the world,” Donohoe told the UK’s Racing Post after the October sales. “It’s a huge investment that he’s making … The horses he buys have to have pedigrees and good conformation. He doesn’t buy just anything.” 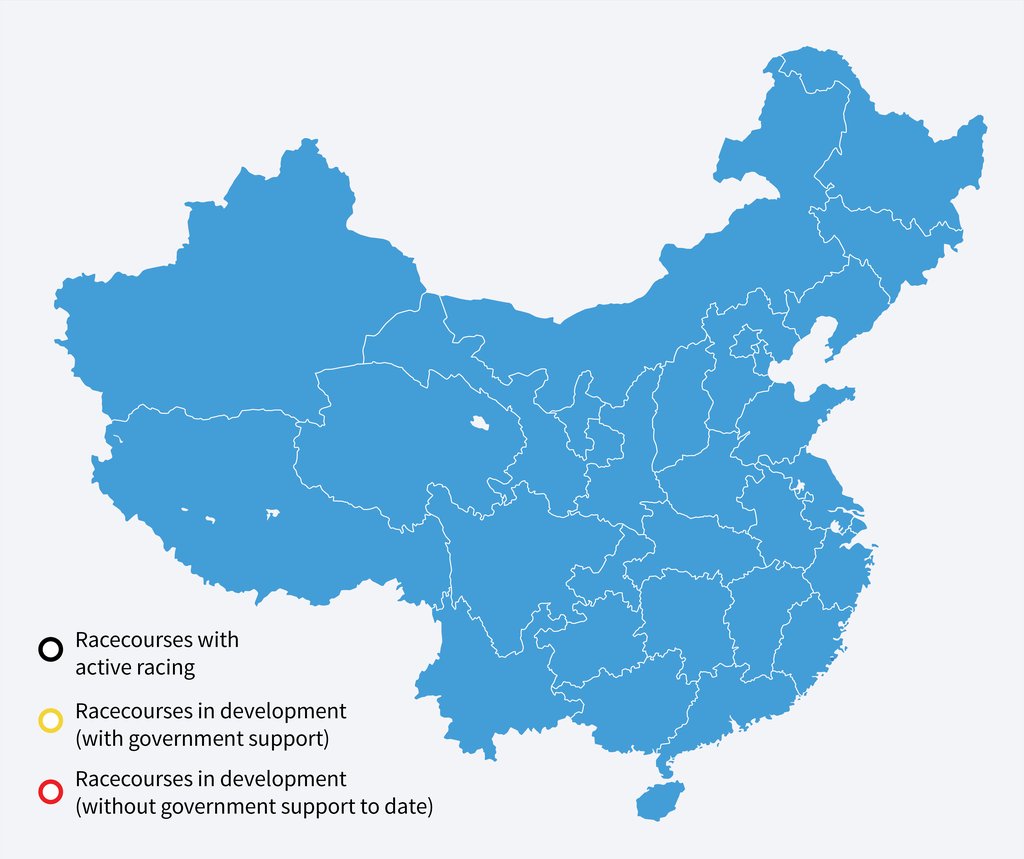 To say Zhang has done well would be an understatement. In the kind of rags-to-riches tale that has almost become a cliche in China, he left home at 18, moved to Datong, and, within two decades, had made many millions.

In Datong, he first worked for a coal transportation company, before starting his own coal transport contracting business and then moving into mining. According to domestic media reports, he was helped along the way by a few all-important connections – in the form of relatives who were Party officials. These connections proved especially useful, according to the reports, when Zhang’s mines suffered two major disasters. If these reports are accurate, mining managers and the local government mining bureau colluded in paying the families of victims, and local journalists besides, to keep their silence.

What is certainly true is that private sector coal mining has had an appalling safety record in China. Thanks to consecutive national five year plans, in 2006 and 2011, that targeted environmental issues – and coal production specifically – it’s also a business that has changed rapidly. Both these factors would have caused Zhang to fast track Yulong’s modernization and diversification and while the group is still very much involved with coal, the Shanxi Yulong Investment Group website is keen to talk up its modern, clean and green facilities.

The website reveals that Yulong produces 90 million tons of raw coal a year and has coal transportation and coal washing subsidiaries, but also that it has interests in wind farms, large-scale real estate developments (mainly straddling the Inner Mongolia-Shanxi border), aquaculture facilities and large-scale pharmaceutical and chemical businesses that include the manufacture of the highly volatile rocket propellant monomethylhydrazine, made by Yulong for the Chinese military’s space program.

Where horses are concerned, the corporate website makes clear that Yulong has official provincial level support and approval from the Shanxi government and that the company’s stable facility is also home to China’s first equestrian school. Yulong also manages and sponsors the Shanxi state equestrian eventing team, which is run by Sue Shortt, a former Horse Sport Ireland coach who led Irish equestrian teams to numerous European and Olympic medals.

Without the Tote, horse racing as we know it simply would not exist. But in China there is no betting. And the industry is growing and growing rapidly

Globally, Yulong has a budget of 100 million yuan for horse purchases alone, according to its website, and the corporate blurb goes on to explain that the track and stable complex are situated in a near perfect location. The grasslands in northwestern Shanxi, according to Yulong, share the same latitude (not quite) as all of the world’s most successful horse breeding areas: the Kentucky prairie in the USA; the Hokkaido pastures in Japan; and the meadows of Chantilly in France. Taken in totality, Zhang’s growing horse empire is undeniably impressive – a well-organized, professional operation that has, like nearly all sizeable businesses in today’s China, multiple interconnected commercial, political and patriotic aspirations.

What is perhaps most surprising to a newcomer to the Chinese equestrian scene is not the size and scale of Zhang Yuesheng’s ambitions but that his Shanxi Yulong Investment Group is not actually the biggest player in Inner Mongolian horse racing. That title would go to Lang Lin – or Mr Wolf as he is known in China, because, of course, he keeps a few of these cuddly canines as pets. Mr Wolf owns more than 500 race horses and has spent US$8 million in the past few years sending not one but four plane loads back to China from his preferred market of New Zealand. One of these was the aptly named Mongolian Khan, which in 2015 became the first horse in 29 years to win both the New Zealand and Australian derbies.

Like Zhang, Lin – who made his fortune from the now global Chuanwangfu chain of hotpot restaurants – has his own track, which holds regular races, and now also his own horse farms, in New Zealand. Last year he announced that his Inner Mongolia Rider Horse Group will be the first mainland Chinese equestrian business to list on the domestic stock market. And Zhang and Lin are not alone. Numerous other operators across the country are buying race horses, developing stables and building grand and impressive tracks.

There is, however, one thing missing from this dazzlingly impressive list of achievement and ambition. And, as any lover of horse racing will tell you, it is the one thing that has – over the centuries – been more central to the sport’s success than fast horses, brilliant jockeys, big new stadiums or even rich owners: betting.

According to the American National Thoroughbred Racing Association, the on-course betting pool, known as the Tote, is worth in excess of US$100 billion globally and is what actually pays for the sport. In short, without the Tote, horse racing as we know it simply would not exist. But in China there is no betting. And the industry is growing and growing rapidly. For the moment.

All forms of gambling remain illegal in China. Before 1949, betting, along with a host of other morally dubious pursuits, was widespread and problematic. The Communist Party took a hard line on it, viewing gambling as one of the “six vices” – along with prostitution, pornography, drug use, superstition and human trafficking – and swiftly outlawed all forms of it. Even minor gambling offenses were punishable with a stint in a re-education camp. And this is basically the line the Party has followed ever since.

The paradox is that world horse racing is starting to rely on China. Australia, New Zealand and Ireland’s thoroughbred markets have been revitalized and all readily admit that this is because of the Chinese heavyweights and their deep pockets. The global industry is of course keen for this expansion to continue and, as such, takes the view that it is surely only a question of when, and not if, gambling is legalized. This, however, is probably a marked over-simplification.

The Asia Racing Federation is the body that represents the interests of 25 horse-racing nations, stretching from New Zealand to Turkey. China isn’t a member. At the federation’s 2016 annual conference, a presentation entitled “Racecourse and Racehorse Owner Development in Mainland China” tried to assess the rapid advances being made in mainland horse racing. The presentation looked at the investors, the owners and the associations that are driving the rapid development, but delicately skirted around the “elephant in the room”: the political minefield that is gambling. It said the Chinese horse racing industry was prospering due to the “cross value chain of commercial racing enterprises” that were creating “economic success without wagering.” It made no further mention of the “if’ or the “when.”

In the powerfully meshed worlds of diplomacy, sport, politics and money, this tiptoeing around the gambling question is more than just being polite. There is, you see, an even bigger elephant in the corner of a stable full of expensive horses: today’s gambling industry is dominated by a gargantuan, multibillion-dollar, global off-course gray market. And what’s more, this market is to all intents and purposes Chinese.

Can the hefty ambitions of Zhang, Mr Wolf and the growing number of other wealthy and aggressively expanding operators, really be met without gambling?

It is not, of course, run from within the PRC but on Chinese-language sites, by ethnic Chinese – in Macau, the Philippines, Taiwan, Malaysia, Vietnam or Cambodia, and hosted on mirror servers across the planet. Servers that often can be accessed, illegally, within China. And that’s a problem for the Party.

Gambling before 1949 was synonymous with opium, crime, extortion and the organised crime that held huge sway in the big cities, especially in the international sections of Shanghai. After the communists took control, hundreds of these crime gang members were found guilty of “six vices” crimes and executed. Shanghai’s former dog racing stadium was converted into a mass execution ground. The symbolism of the venue was no accident.

Today’s gambling gray market is not dissimilar to the one that the communists crushed. Of course, it is now global and internet-based, but behind this gray market is a rabbit warren of organized crime, corruption and race fixing that largely operates in shadowy corners of the world where governance, regulation and financial transparency are weak.

To assume the Communist Party of China will open the country up to all of this – again – because its horse racing industry is witnessing rapid growth is simply naive. The question is begged, however: can the hefty ambitions of Zhang, Mr Wolf and the growing number of other wealthy and aggressively expanding operators, really be met without gambling?

Since before Genghis Khan’s cavalrymen raced across the steppes, stakes have been wagered on the speed of horses and, in most geographies, it is betting that defines the sport. So perhaps the more pertinent question for China is neither “if’ nor “when,” but “how” gambling will return. It would take a brave man to put on a bet on that.